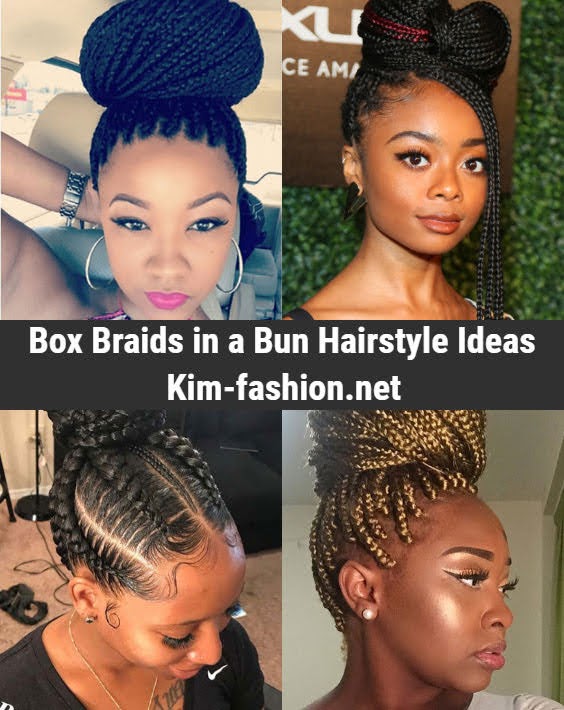 There are plenty of reasons why you would want to put your box braids in a bun. Maybe it is too long, or it’s hot outside, either way, it’s a cute way to style your braids and a lot of people are doing it, even some celebrities.

If you’re looking for some great easy hairstyles for school for black girls then I have some of the best hairstyles you will ever need.

Why Box Braids in a Bun

It’s always a good idea to mix things up and try new styles, and there are a lot of different, unique bun ideas, for box braids, and I will list a few of the cute ones that make sense.

Can you put Box Braids in a bun

I know that a lot of people won’t be able to follow the image but this is a great video tutorial that will help you out.

If you’re looking for some great bun ideas there really isn’t much because the bun is just that a bun, but there are still a few ways you can style your bun and make it fun

You can also try out the braids hairstyles and get a few ideas as well.

This is basically what your hair bun should look like and even though you can try different styles, this is the basic.

It’s amazing how one hair bun can look so different from the other but they are still both very cute.

Black and Purple is a really good color don’t you think, I know I just love the look also, and it looks great on dark skin. This braid is a half up half down hairstyle, It looks great, so give it a try.

Jumbo box braids in a bun

Jumbo Braids are nothing but big box braids but they still look great when you put them in a bun. I know that a lot of people like to leave Jumbo braids in their back because they do look good and you sometimes have to show off your braids.

Still, Jumbo braids make you really hot and sweaty so it’s great to be able to put them in a bun every now and then. You might think putting big box braids in a bun would be hard but it’s the same process, just follow the tutorial and you should be good.

Some of the Best Sweater Dress for Women